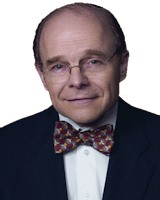 I have often been asked, “Why did you create the TEdec System?” The best way for me to explain this is to give you a little history. When I first started practicing law, in July of 1973, I was working for my father’s law firm, Brooks & Dirkx in Cattaraugus, New York. One of my first tasks was to prepare and reconcile a fiduciary accounting for a trustee. The trustee was a certified public accountant in a neighboring state and the accounting was for his mother’s testamentary trust. It was one of those tough situations where one of the adult siblings was mentally incapacitated. The mentally incapacitated sibling had died and now the trustee could account and distribute. All income in the trust during the lifetime of the mentally incapacitated sibling had to be paid to the state. Consequently, we had to file a formal accounting and the state was an interested party.

Having gone through that excruciating experience, I resolved to handle trusts and estates a better way. I started using a form my father designed called the “Estate’s Journal” and quickly expanded it. It worked very well — our accountings were always in balance, right from the start; but, it was very labor-intensive, both for myself or my legal assistants. And, when most of one’s trusts and estates are relatively small, profits are quickly consumed with inefficiencies.

When I incorporated into my practice a word processor (and, I was one of the first attorneys in Cattaraugus County, NY to have one), I migrated the paper “Estate’s Journal” concept to the word processor; thereafter, at the touch of a key (or two) we could prepare schedules to the tax proceedings or an accounting. Incorporating the Estate’s Journal into the word processor was certainly better than writing it by hand and then dictating the documents, but it still took an enormous amount of time and energy to handle my trusts and estates, although most of the work was done by my legal staff. This certainly provided me with better leverage, but the bottom line was that preparing court inventories, tax proceedings and accountings was still an expensive and costly task for my law office.

In the early 1980’s I purchased my first computer — one that the salesman said would last me for as long as I would live (it was a ten megabyte hard drive with as 186 [or was it a 286] processor — well, we know what happened to that machine). I immediately saw the challenge and hired a computer programmer to take the “Estate’s Journal” concept and incorporate it into a database, where at the push of a button I could get any Tax, Court, or Property Management report I needed to effectively manage my trusts and estates practice. I was very soon leveraging my staff better than ever and making more profits in my trust and estates practice than I ever imagined I could.

I soon became convinced that other law offices would be interested in systemizing their T&E departments and I started to develop the “Estate Journal System” for general application to professional offices handling trusts and estates. Recognizing that my practice was not as varied as I needed it to be to develop a software system for general applicability, I sought out and developed an advisory board, representing some of the best trust and estate lawyers in New York State — from such law firms as Hodgson Russ Andrews Wood & Goodyear (now, Hodgson Russ, LLP Buffalo, NY), Phillips Lytel, Chamberlain D’Amanda, and others. In total, there were fifteen T&E lawyers who contributed sage advice on how to make TEdec generally applicable to law offices not only in New York State but also in Pennsylvania, Florida, and around the country.

At the same time, I wanted to give the company and the software itself a unique name, yet one that was derived from our work — proper leveraging of one’s legal staff to maximize profits in one’s T&E professional practice. We ultimately came upon the name of TEdec, which stands for Trust and Estate Data Entry Control — which described to a tee exactly what we were doing, i.e. controlling the entry of data (one-time entry) to generate all of the various Tax, Court and Property Management reports that are necessary for the most effective, efficient and professional handling of one’s trusts and estates practice. So, to answer the original question, “why did I create the TEdec System?” the answer was that I needed it to systematize the effective management of trusts and estates in my law practice, and so did other professionals!

Over time we have received many suggestions from our user base on how to improve TEdec — and we thank our users for each and every suggestion. Many of these suggestions have been incorporated into the TEdec System, and our users have certainly contributed to making TEdec the easiest to use and indeed the Benchmark in Fiduciary Accounting Software — a designation we have earned and one we intend to keep.